Brewing an Oxbow Grizacca clone (No. 5 in the Maine Beer Clone series) 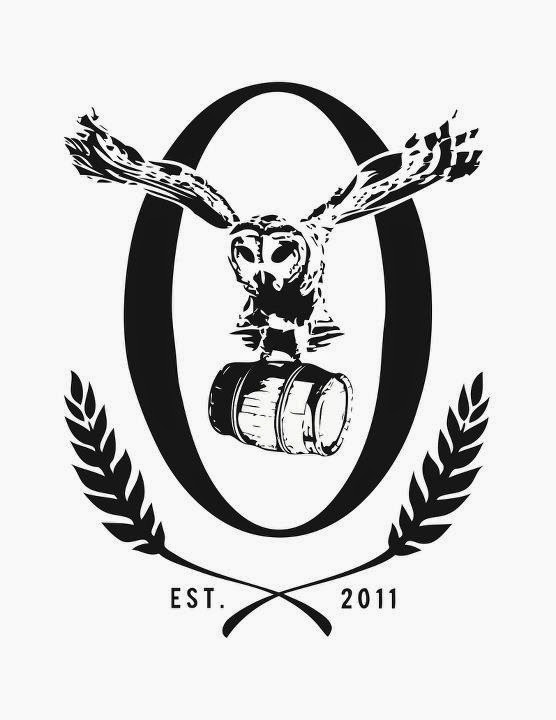 It occurred to me a while ago that I hadn't brewed any Maine beer clones lately; my last one was the delicious APA, MO, from Maine Beer Company, back in early January. So, naturally that got the idea in my head to brew another... and I'm telling you, there's a lot of good options. It never ceases to amaze me how many awesome breweries that Maine has. Some obvious beers that would be great to "clone" came to me: Maine Beer Co. Lunch, lots of beers from Allagash, and one of the most highly-sought-after beers in the state, The Substance, a fantastic American IPA from one of Portland's newest breweries, Bissell Brothers.

BUT. I was in Portland for one of my beer trips in June, and I had a lot of fantastic beers there, as always. Maybe my favorite was one from the farmhouse brewery, Oxbow, in Newcastle. The beers coming out of this little brewery are pretty awesome; I attempted a clone of one of their Freestyle series beers, No. 5 (a "Black Wheat Saison"), almost two years ago (my recipe here, along with more info on Oxbow). That was actually my first beer in the Maine Beer Clone series, and I had a lot of help from Oxbow co-founder and head brewer Tim Adams.

Oops, I'm digressing. Anyway, this awesome beer I had from Oxbow was Grizacca. I didn't know anything about the beer at the time, other than it was a ~5% ABV Saison-type beer. It was really delicious, and smelled fantastic. Light and easy-drinking, it was a very pale-colored beer, pretty cloudy. Strong on both Saison yeast character, and hops. Very "ripe" and fruity, I swore to myself that it must be heavily-hopped with Nelson Sauvin. Obviously, I was paying absolutely no attention to the actual NAME of the beer. Now that I know more, I can elaborate. Grizacca is a Grisette, heavily-hopped with Azacca. 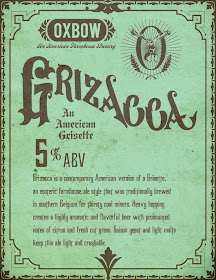 First, some info on what a Grisette is/was. Thought to originate in the Hainaut province of Belgium in the late 1800s, Grisette was brewed for miners with the intention of being a dry, refreshing, and sessionable beer, similar to Saisons being brewed for farmers. Indeed, Grisette is very similar to the Saison style... at least, how Saison originally was: a low-alcohol, light-bodied golden ale. With a grist usually made up of a healthy portion of wheat, the beer was only lightly-hopped. According to "Farmhouse Ales: Culture and Craftsmanship in the Belgian Tradition", by Phil Markowski, only a single brewery in Belgium markets the name grisette: Brasserie Friart, better known now as Brasserie St. Feuillien.

So, Oxbow took a mostly-diminished beer style (although, to be honest, it seems to me that a lot of today's low-alcohol Saisons could be considered Grisettes as well), and made it their own... by hopping the hell out if it with one of the newest, hottest hop varieties out there right now - Azacca. An American variety, I believe the 2013 crop was the first time Azacca was released commercially under that name (previously, it was known as ADHA 483; not quite as catchy). Like a lot of hops, it has many descriptors, including tropical fruit, citrus, pineapple, grapefruit, orchard fruit, and pine, among others. Already, there have been a lot of experiments with single-hopped beers with Azacca (especially among homebrewers; check out those by Derek at Bear-Flavored and Chris at Lewy Brewing).

Due to the generous information I was given for my last Oxbow clone, I decided to try emailing Tim Adams again to see if he'd be willing to help out a bit with a clone for Grizacca. Luckily for me, he was once again quite forthcoming. Here's his email response...

Use some good pils. 1/2 the grist should be a blend of malted wheat and and spelt.  Again, use the good stuff! Shoot for 4.5-5% abv. Blast your whirlpool with Azacca but save some for dry hop!  You might wanna dry hop twice, and you might wanna thow in one more hop varietal ;) Saison yeast of your choice, just make sure it does a good job!  We shoot for about 1.002 final gravity. You want that shit dry!

He was even nice enough to apologize later for being "cryptic" about the second hop variety; totally unnecessary, but still great of him! I felt this was plenty of information to go on, and could at the very least set me on the right track.

I started by, of course, putting the recipe's grist together. Spelt is an ancient type of wheat that is high in protein (~17%) that is starting to see more use in brewing. I knew right away that I wouldn't be able to find any spelt from my LHBS. However, a friend here in Fredericton is the owner/brewer of a fairly-new Belgian-style brewery (Grimross Brewing), and he normally uses spelt in one of his flagship beers. Unfortunately, it had been hard to come by lately, so he was fresh out. Tim had actually told me that if finding spelt was an issue, to substitute in flaked wheat, which is what I ended up having to do. Otherwise, the rest of the grist was easy... I added a bit of Acid malt for pH reasons, and some rice hulls to help prevent a stuck sparge. I aimed for an OG of about 1.042 to get to ~4.7% ABV... I thought getting down to 1.002 for a final gravity may be pushing it a bit on my system at this time of year (summer would have been another story), so I figured 1.005-1.006 would be more realistic. 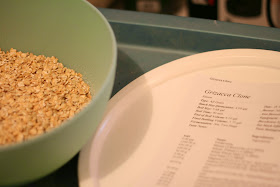 Coming up with a hopping schedule was, for the most part, pretty easy. I added a bit of Azacca at the beginning of the boil to provide a few IBUs (feel free to use any bittering hop; I used Azacca simply because I didn't feel the need to open a vacuum-sealed bag of another variety for just a few grams), and then added a whole whack of it near the end of the boil, at 5 minutes, flameout for a hop stand/steep, and even more when the wort temp dropped below 180 F (an approach I've been using a lot lately for hoppy beers). The question was... what should I add for the other hop variety, which I assumed would be in the dry-hop additions?

I really wish I had one of those amazing senses of smell, or a fantastic palate like some do... but I don't. I'm not going to pretend I can pick out a certain hop variety in a multi-hopped beer, especially when it's in the background compared to a highly-flavorful hop like Azacca. First, I considered Nelson Sauvin based on my initial thoughts on Grizacca, but somehow I can't see Oxbow using that in a beer with Azacca. I was going to go with Centennial, but at the last minute I changed my mind... and I don't know why. But I did, and threw in some Simcoe for both dry-hop additions. Even if it's not what Oxbow uses, I figure it'll still be tasty!

For my yeast, I went with the always-dependable (for me, anyway) Wyeast 3711 French Saison. I've used this strain several times in the past (such as in my very tasty Prairie Artisan Ales 'Merican clone); I really like what it brings to a beer, and how well it attenuates without a lot of fuss (I'm looking at you, 3724). It's also a great yeast to use this time of year; it's not exactly hot out anymore, and Wyeast lists the fermentation range from 65-77 F, which is perfectly doable any time of year, really, indoors.

And that's about it. As usual, here's hoping for a tasty beer, if not a clone of the real thing! It's all about the adventure, right? Well, the end product has to play SOME part in all this.

Azacca - 60 g after started chilling, when wort temp below 180 F

- SG a bit low at 1.028 (target 1.029). 90-minute boil. Flameout hops had a 10-minute steep before turning on the chiller; wort temp was almost immediately below 180 F, where I added the second amount of flameout hops. Final volume ~4 gallons. Chilled down to 64 F, then poured into Better Bottle. OG slightly high at 1.042. Aerated with 60 seconds of pure O2, pitched yeast.

- Good activity over the first several days, temp getting up to 74 F. Visible fermentation ended quickly.

- Tasting notes here... the beer came out great, I'm really happy with it. However...
Share